I am a big proponent of establishing ethics guidelines that all of us in technology ought to abide by. In an August 7, 2019 Informationweek article written by John McClurg talks about establishing such guidelines. Please read….

You don’t need to come up with an AI ethics framework out of thin air. Here are five of the best resources to get technology and ethics leaders started.

Technology experts predict the rate of adoption of artificial intelligence and machine learning will skyrocket in the next two years. These advanced technologies will spark unprecedented business gains, but along the way enterprise leaders will be called to quickly grapple with a smorgasbord of new ethical dilemmas. These include everything from AI algorithmic bias and data privacy issues to public safety concerns from autonomous machines running on AI.

Because AI technology and use cases are changing so rapidly, chief information officers and other executives are going to find it difficult to keep ahead of these ethical concerns without a roadmap. To guide both deep thinking and rapid decision-making about emerging AI technologies, organizations should consider developing an internal AI ethics framework. 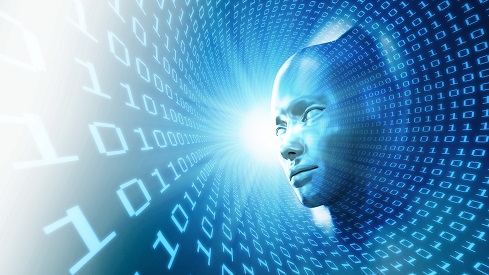 The framework won’t be able to account for all the situations an enterprise will encounter on its journey to increased AI adoption. But it can lay the groundwork for future executive discussions. With a framework in hand, they can confidently chart a sensible path forward that aligns with the company’s culture, risk tolerance, and business objectives.

The good news is that CIOs and executives don’t need to come up with an AI ethics framework out of thin air. Many smart thinkers in the AI world have been mulling over ethics issues for some time and have published several foundational guidelines that an organization can use to draft a framework that makes sense for their business. Here are five of the best resources to get technology and ethics leaders started.

Developed in conjunction with the 2017 Asilomar conference, this list of principles has been universally cited as a reference point by all other AI ethics frameworks and standards introduced since it was published. Signed by more than 1,200 AI and robotics researchers and over 2,500 other technical luminaries, including the likes of Stephen Hawking, Elon Musk, and Ray Kurzweil, it offers a simple list of foundational principles that should guide business leaders, governmental policymakers, and technologists as we move forward with AI advancement.

Building Ethics Into Privacy Frameworks for Big Data and AI

Sponsored Content
State of the CloudCloud has drastically changed how IT organizations consume and deploy services in the digital age.

Brought to you by InformationWeek

Not a framework itself, per se, this handy document is nevertheless a must-read for enterprise executives trying to get their arms around AI ethics issues. It offers a concise explanation of the ethical concerns at play in applied uses of AI and big data, as well as the consequences of ignoring these issues. It then offers a condensed run-down of the tools available to organizations seeking to not only develop internal frameworks but to operationalize data ethics policies. It guides AI ethics leaders in considering industry-specific concerns, organizational nuances and even departmental differences in creating a framework that is as flexible as it is holistic.

According to the IAPP report: “Various data ethics frameworks should have common features to ensure a uniformly high ethical standard of data practices. However, these frameworks will be most effective if they are flexible enough to be tailored for each specific company and organization, adjusting for a company’s size, resources, subject matter area, and impact on data subjects.”

Since 2016, IEEE has been taking the lead on organizing discourse among technical thinkers, business leaders, and public policy experts about the ethical design of autonomous and intelligent systems. As part of this work, The IEEE Global Initiative on Ethics of Autonomous and Intelligent Systems published Ethically Aligned Design, a veritable bible for addressing “values and attentions as well as implementations” of these systems. This nearly 300-page digital volume offers a ton of value to executives embarking on the journey of developing an internal framework.

Introduced in October 2018, these guidelines were written to be “incorporated into ethical standards, adopted in national law and international agreements, and built into the design of systems.”  It’s a human rights-driven document with an emphasis on transparency, fairness from bias, data accuracy and quality, and an obligation by government to curtail secret profiling or scoring of citizens.

“Our concern is with those systems that impact the rights of people,” write its creators. “Above all else, these systems should do no harm.”

Drafted by an independent group of AI ethics advisors and tweaked using more than 500 comments during a five-month feedback period, this is one of the most recent and comprehensive public frameworks on AI ethics to date.  This is not an official policy document or regulation by the European Commission, but instead a set of suggestions meant to guide public discourse on what trustworthy AI looks like.

These guidelines are intended to help AI designers and users choose systems that are lawful, ethical, and robust, with seven system tenets at the heart of what it takes to create trustworthy AI: 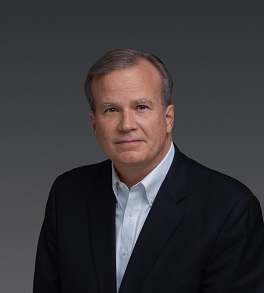 John McClurg is VP & Ambassador-At-Large at BlackBerry Cylance. He came to BlackBerry Cylance from Dell, where he served as its CSO, advancing responsibilities that included the strategic focus and tactical operations of Dell’s internal global security services, both physical and cyber. Before joining Dell, McClurg served at Honeywell International; Lucent Technologies/Bell Laboratories; and in the Federal Bureau of Investigation (FBI), where he held an assignment with the U.S. Department of Energy (DOE) as a Branch Chief charged with establishing a Cyber-Counterintelligence program within the DOE’s newly created Office of Counterintelligence.

What You Must Know About Moving ERP to the Cloud

How Thomas Kurian is shaping Google Cloud to support the...

What You Must Know About Moving ERP to the Cloud

How Thomas Kurian is shaping Google Cloud to support the...